Saved Water and Wowed their Neighbors

When Dorothy and Danny Delgado looked out their home’s front window, they saw a sea of lawn with the potential to be so much more.

Long gone were the days when their children played on the grass out front. And now, with a lawn stressed by drought, they imagined a new beautiful, peaceful space where they could spend time and enjoy nature.

After touring the Storer Garden at UC Davis, which features plants especially suited to thrive in the Sacramento region, and learning about rebates available from their water provider, Dorothy and Danny decided to launch their garden transformation.

Dorothy began by sketching out a new design and plan for her front yard that included a riverbed and 300 feet of pathways meandering along garden beds full of low-water use plants. Then, she and Danny started digging.

Over the course of four months, they took out over 3,000 square feet of lawn and two juniper plants, but otherwise kept their mature trees and the flower beds next to their home. They installed new pathways made of decomposed granite and 260 colorful plants, including many UC Davis Arboretum All Stars such as California Fuchsia, Ceanothus and Hybrid Catmint. They also exchanged their old sprinklers and sprinkler timer for new drip irrigation and a WaterSense-labeled weather-based irrigation controller.

They received more than $4,600 in rebates from California American Water to remove the turf and install the new controller.

Now, Dorothy says she enjoys walking around the paths every day, which takes about 10 minutes. “We love the bees and the hummingbirds—and the color,” Dorothy said. “Even in the winter there is always something blooming. The yard is beautiful when you look out the window and when you drive up.”

Their neighbors agree, and awarded Dorothy and Danny with “Yard of the Month” for their landscape’s colorful transformation.

An added bonus: Dorothy and Danny also noticed a huge difference in their water use, which has so far dropped by more than 50 percent in 2016 compared to the previous two years. 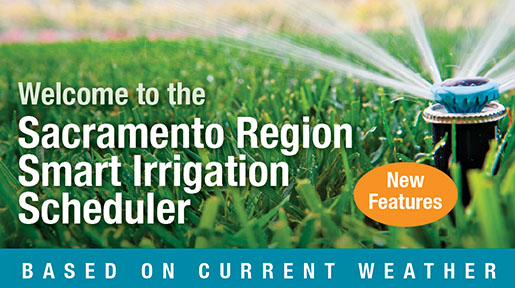